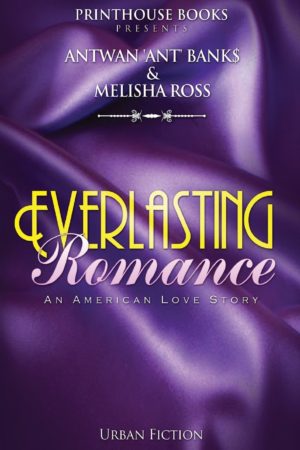 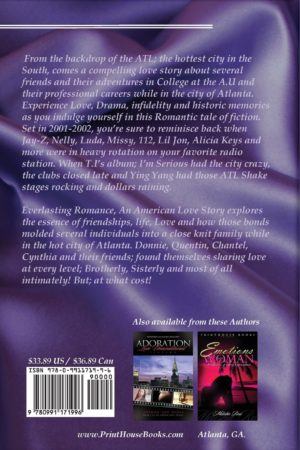 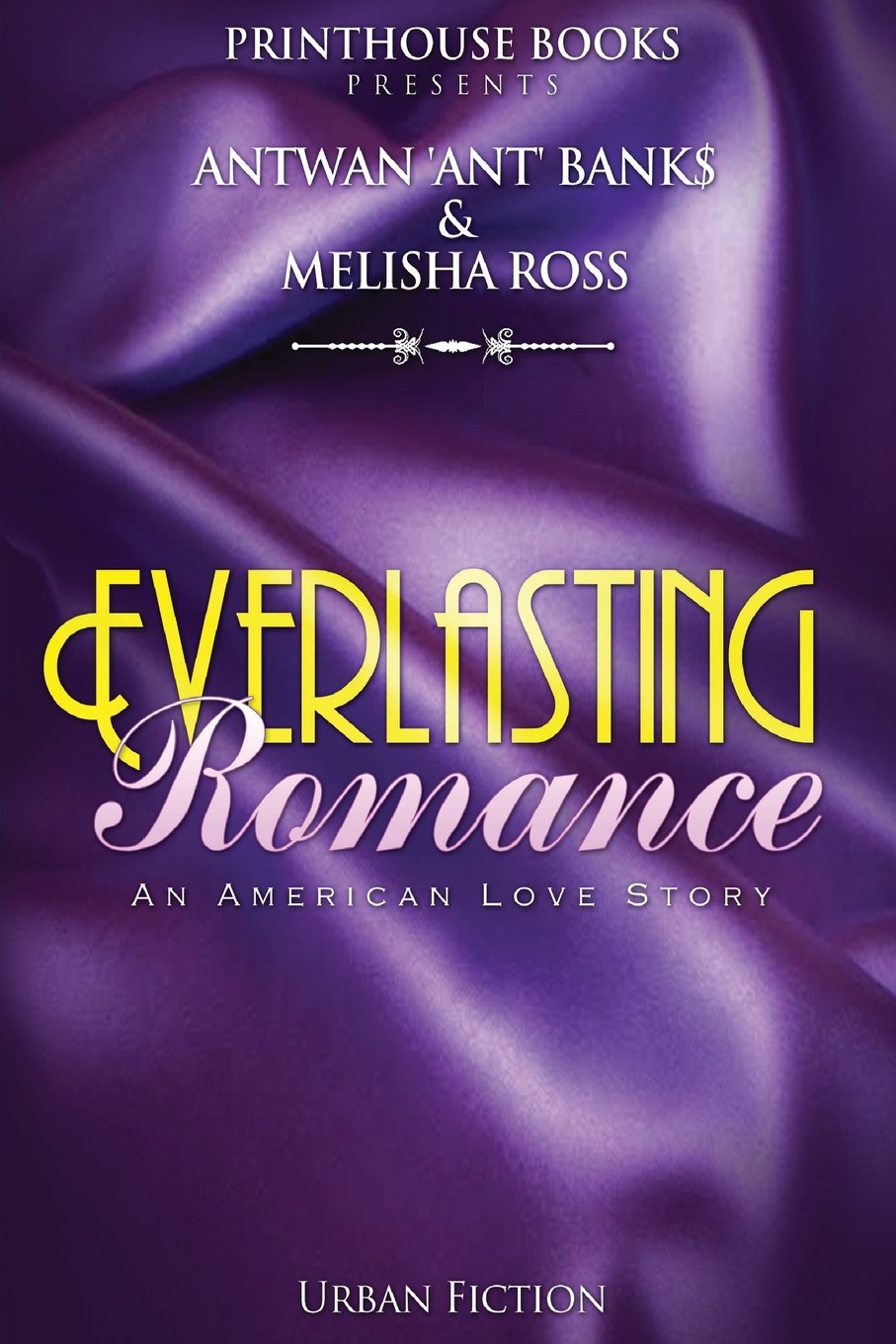 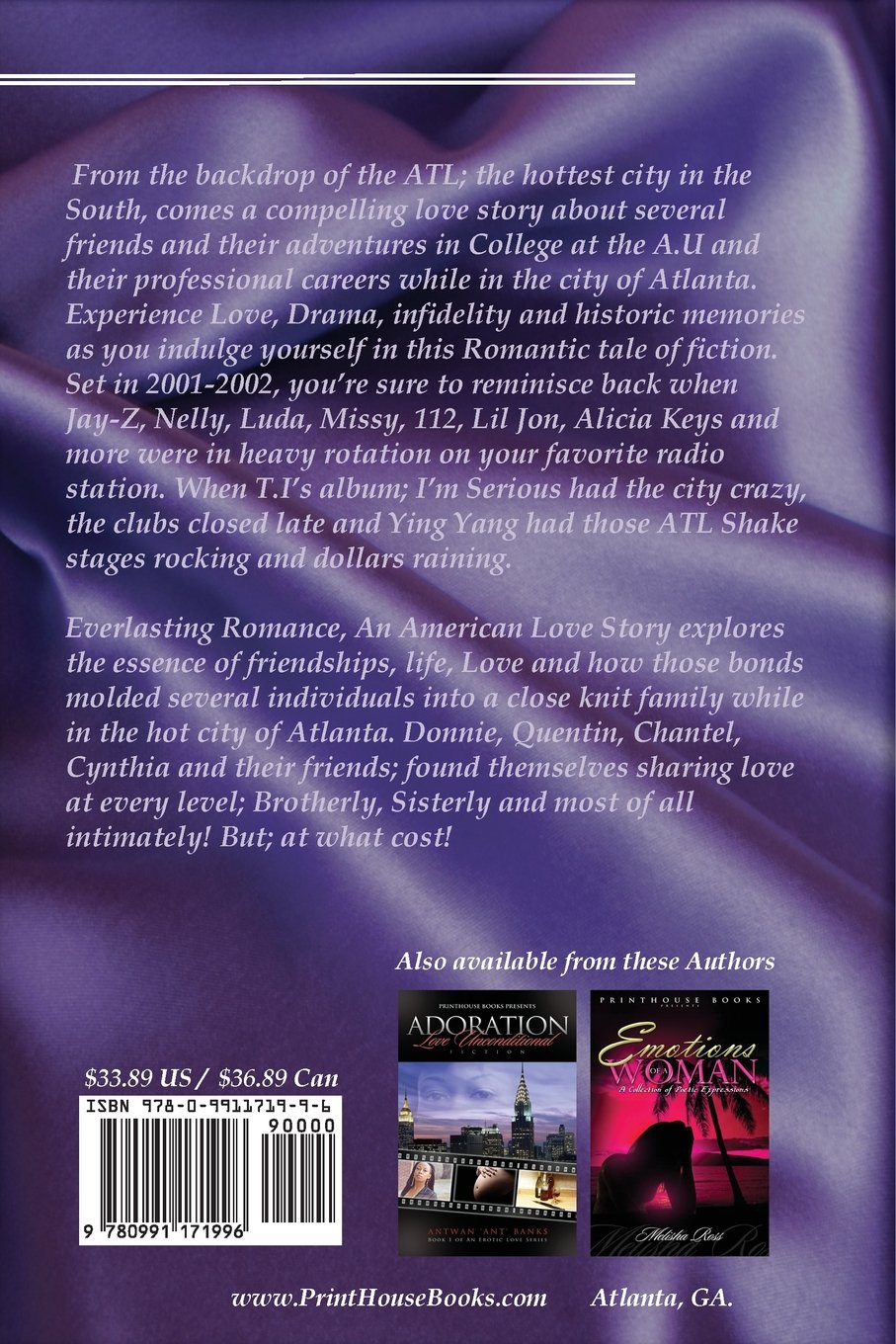 From the backdrop of the ATL; the hottest city in the South, comes a compelling love story about several friends and their adventures in College at the A.U and their professional careers while in the city of Atlanta. Experience Love, Drama, infidelity and historic memories as you indulge yourself in this Romantic tale of fiction. Set in 2001-2002, you’re sure to reminisce back when Jay-Z, Nelly, Luda, Missy, 112, Lil Jon, Alicia Keys and more were in heavy rotation on your favorite radio station. When T.I’s album; I’m Serious had the city crazy, the clubs closed late and Ying Yang had those ATL Shake stages rocking and dollars raining.

From the backdrop of the ATL; the hottest city in the South, comes a compelling love story about several friends and their adventures in College at the A.U and their professional careers while in the city of Atlanta. Experience Love, Drama, infidelity and historic memories as you indulge yourself in this Romantic tale of fiction. Set in 2001-2002, you’re sure to reminisce back when Jay-Z, Nelly, Luda, Missy, 112, Lil Jon, Alicia Keys and more were in heavy rotation on your favorite radio station. When T.I’s album; I’m Serious had the city crazy, the clubs closed late and Ying Yang had those ATL Shake stages rocking and dollars raining.

Everlasting Romance, An American Love Story explores the essence of friendships, life, Love and how those bonds molded several individuals into a close knit family while in the hot city of Atlanta. Donnie, Quentin, Chantel, Cynthia and their friends; found themselves sharing love at every level; Brotherly, Sisterly and most of all intimately! But; at what cost!

Melisha Ross was born 1977 in Grand Rapids MI. to a loving Military Family which also included an older brother. However; being a military bratt meant that she would not be staying in any one place for too long. Shortly after; her family grew even larger with the births of two younger brothers, whom completed and made their family whole. Melisha’s parents, wanted her to have a normal life; so at an early age they decided to let her live with her Grandmother in Virginia. It was there that she became a country girl, but nothing would compare to the adventure’s she would experienced when she moved to Fort Bragg, North Carolina to be with her parents; now at the tender age of 16. It was in Melisha’s high school years where she found a love of writing; she found herself writing about experiencing sorrow and separation from first hand. Her parents; though they loved one another decided to go their separate ways, so she turned to her thoughts and begun writing about them.

After graduating in 1995; the opportunity arise to go back home to Michigan.
It was only two years later that she became devastated in the news of the lost of the only father she had ever known. Unfortunately she experienced loss again the following year when her Grandmother passed. It was at this time she began to write again; finding herself once more filled with sorrow. In the aftermath of it all; Melisha managed to find happiness with the birth of her first child. Then in 2003 Melisha decided she needed to make a change for the better; it was not just her anymore. So she packed her things then headed to Atlanta Ga. to began a fresh start for her and her son. Happiness then visited her life again 6 years later with the birth of her second child. Like many single Mother’s; life hasn’t been easy for her and the children but it is through her writing that she finds relief from stress. This Au- thor believes that everything and everyone has a story to tell. Sometimes they just need someone to give them a voice. Like many of us; Melisha has experienced loss, love, joy, pain and stress. It was through those experiences and feelings that she found out who she was, and what she now wants out of life; which is to share her thoughts and dreams by putting words to paper and sharing them with you. Be it through Poetry, A Short Story, Fiction Novel or an Auto- Biography, you will expe- rience the Essence, of Melisha Ross.

Be the first to review “Everlasting Romance” Cancel reply