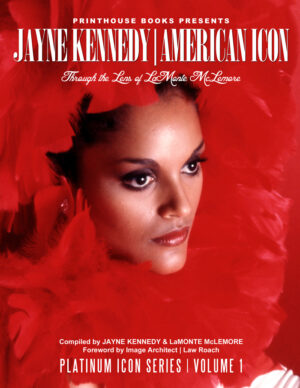 JAYNE KENNEDY | AMERICAN ICON: Through the Lens of Lamonte Mclemore 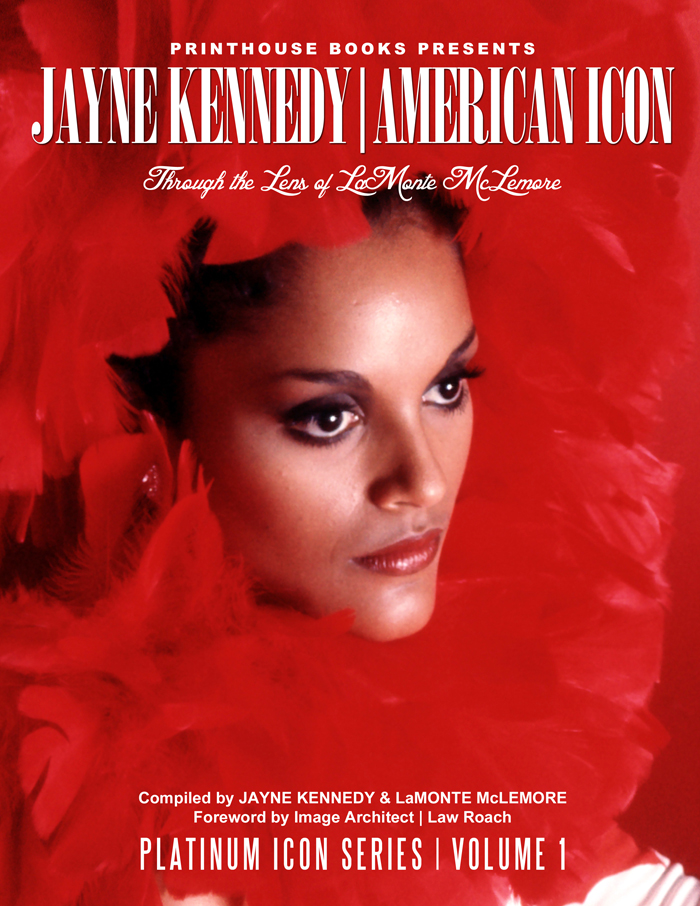 JAYNE KENNEDY | AMERICAN ICON: Through the Lens of Lamonte Mclemore

A few years ago, a friend and I spent countless hours researching Black beauty, style and glamour. As my eyes skimmed across hundreds of online pinups, portraits, and snapshots, I was suddenly triggered. It was a photo of a gorgeous Black woman on the May 1973 cover of JET Magazine. I said to myself, “Who is this woman? Where have I seen her before?” Slowly, my memory came back. I remembered that years earlier I had stumbled upon a box of my grandfather’s vintage magazines. This exact cover was there. It read, “Beauty + Brains = Success.” Now that I figured out the connection, I was hooked. My search became more specific. “Who is Jayne Kennedy?” Using keywords “Jayne Kennedy red carpet,” “Jayne Kennedy editorial,” “Jayne Kennedy YouTube videos,” I was suddenly spiraling down a rabbit hole of beauty, glamour, and sophistication that I never wanted to end.

Jayne is undoubtedly one of the ultimate “IT” girls of the 1970’s and 80’s. As a bonafide sex symbol, she took the reigns of her power. With self-assurance and refined originality, she accumulated an incredible list of firsts that range from beauty pageants, prime time television and celebrity endorsements. When America tried to project a certain standard of beauty for black women, Jayne pushed back by simply being Jayne.

After years of publicly voicing my admiration, I received a call that Jayne wanted to meet me about this book! “How is this possible? What would I wear? What would I say?” I felt like that curious little boy who had scoured through my grandfather’s box all over again. Then it happened! On a breezy Tuesday in Los Angeles, my heart swelled in awe as I watched her tall, almost 6-foot frame enter the courtyard of the Chateau Marmont. We began to chat and what was supposed to be a brief coffee date turned into a 4-hour love fest. She endearingly refused to brag on her accomplishments, possessing a rare and constant poise mixed with humility. It then dawned on me that Jayne is just now realizing her impact on our culture. She showed me images from photoshoots that she planned to include in this book where she did her own hair and makeup and made almost all the clothes that she wore. I was captivated by each outfit, all crafted with precision and finesse…dresses that could have easily been mistaken for a Halston. Can we now please credit Jayne as one of the first Black stylists in Hollywood? A pioneer who allowed myself and others to now exist in this industry!

Jayne brought Black GLAMOUR to the main stage. That same confidence, charisma, and spark that radiated through our television and film screens and magazines then – still illuminates today. I’m so lucky to be able to honor, respect, and hail Jayne Kennedy as the Great American Icon that she is. May her brilliant legacy inspire others to forge new paths in the world of fashion and beyond.

My first crush had to be Jayne Kennedy. She was Halle Berry and Farrah Fawcett put together. Everyone wanted Jayne Kennedy – she was tall and gorgeous. I never got to meet her man, but if she’s out there, Jayne, I’m looking for you!  – Jamie Foxx

Jayne Kennedy! Jayne Kennedy, the beautiful woman, sportscaster, black woman. She couldn’t help it if she had a beautiful face and a gorgeous body and everybody wanted Jayne Kennedy. And she… as a young Wendy, 3rd and 4th grade, I was like, if she can do it I can do it.   – Wendy Williams

Anyone that knows me knows how I feel about this woman and how much I’ve wanted to meet her since I was ten years old. She accomplished so many things in media and was the first African American woman to kick down that door for many of us to come behind her. As an actress, beauty queen, sports commentator, and so much more. And most importantly she has such a beautiful and sweet aura around her.  – Claudia Jordan

Jayne, we honor you. I totally understand that it is upon your shoulders that we stand. It is about time that we can bow down to you for the ground that you laid. Thank you.   – Vanessa A. Williams

For millions of people who came of age in the 1960’s and 70’s, Jayne Kennedy was more than just the sexy “IT Girl”. She was a cherished role model, a beacon of feminism and strength for women and African-American women in particular. Jayne was an inspiration and literally broke the mold on how women took control of their careers and presented themselves in the media. She was bold and beautiful and resisted being pigeon-holed as just another pretty face decades before the #MeToo and #TimesUp movements.

She demanded respect from her male peers in Hollywood as well as the C-suites of both television and film as well as the front offices of major league sports. Professional athletes clamored to be interviewed by her and she quickly became CBS’ go- to anchor for the biggest "gets"! After her two-year stint with CBS her career soared from there and she went on to become a household name starring in films and television as well as becoming the very first woman of color celebrity spokesperson for global brands like Coca-Cola, Revlon, Jovan and others. Not to mention gracing the coveted cover of Playboy magazine - yet another first! She also hosted the longest running syndicated television sports show “Greatest Sports Legends” where she interviewed idols such as Bill Russell, Arthur Ashe, Jimmy Connors, Kareem Abdul-Jabbar, Larry Holmes and scores of other sports legends.

Now nearly three decades later after being ‘off the radar’ and raising four beautiful daughters, Jayne is back and not pulling any punches ... with what she is calling “Jayne 2.0 - Unfinished Business”, beginning with her hard cover coffee-table pictorial book “Jayne Kennedy | American Icon: Through the Lens of Lamonte McLemore” (noted fashion photographer and founder of the Grammy award-winning pop soul group The 5th Dimension) with a foreward by international celebrity stylist Law Roach to be released 4Q 2019 followed up with her long awaited and highly anticipated candid autobiography “Plain Jayne” scheduled to drop 4Q 2020.
Arguably there would be no Halle, Taraji, Kerry, Jennifer, Lupita, Constance, Angela, Viola, Sandra, Ava, Oprah or many other women of color in the media spotlight today without the ground-breaking and trailblazing achievements of one ... Jayne Kennedy!

JAYNE KENNEDY | AMERICAN ICON: Through the Lens of Lamonte McLemore

Be the first to review “JAYNE KENNEDY | AMERICAN ICON: Through the Lens of Lamonte Mclemore” Cancel reply